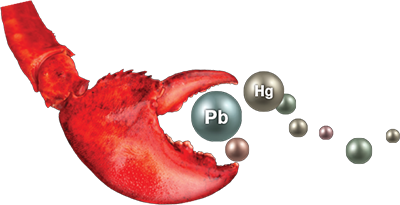 Micro-Contaminant Detox Therapy™ provides an array of natural ingredients that help the body cleanse the accumulation of heavy metals and other micro-contaminants that are ingested on a daily basis. The targeted, effective ingredients in this formula, including EDTA, Modified Citrus Pectin, Chlorella, and garlic, have been shown to promote the excretion of heavy metals and other contaminants from the body, enabling the liver to further cleanse the body of unwanted toxins.

The word chelation comes from the root word chelos which is Greek for the “claw of a lobster or crab.” So, chelation refers to a grabbing action as when a lobster grabs something with its claw. For the human body, chelation is the natural process of an organic molecule grabbing a metal or other micro-contaminant, a process that helps the body excrete the contaminant.

Six primary systems benefit by cleansing micro-contaminants: Liver /Detoxification, Circulation, Immune, Inflammation Response, Antioxidant Defense, Cognition/Nerves. It is critical to not only chelate contaminants from tissue and plasma, but to promote their removal from the body. Thus great complexity and sophistication is required for a multi-component detox formula.

As the primary organ of detoxification, the liver is exposed to a vast array of toxins. N-acetyl cysteine and silymarin support liver health by increasing glutathione content, which binds to toxins so they can be excreted from the body. Experimental results strongly indicate the protective effect of vitamin C and silymarin against lead toxicity in liver tissue. Some polyphenols in rosemary show activity inducing the detoxifying enzyme glutathione S-transferase in human liver cells. The liver detoxifies the by-products of digestion and other harmful substances through a complex series of chemical reactions often referred to as Phase I and Phase II detoxification. A number of natural compounds found in plants are recognized as potent Phase II detoxification inducers, including isothiocyanates from broccoli sprouts, curcumin from turmeric, and ursolic acid from holy basil.

Circulation is critical for cardiovascular, neurological/brain, and other organ health. An array of ingredients has been shown in scientific studies to support the excretion of heavy metals from the bloodstream. EDTA is a chelating agent that
binds with toxins such as lead and promotes their elimination. Modified citrus pectin is an oral absorbant for heavy metals. Vitamin B-12 supports normal homocysteine levels in the blood to minimize its chances of reaching toxic levels. Chlorella has received attention for its ability to detoxify.

The immune system is exposed to free radicals, from both environmental and internal sources, which cause oxidative stress that can impact immune system function. Vitamin C and other natural antioxidants including garlic, turmeric extract, and green tea extract are key factors that boost the body’s immune system.

As contaminants accumulate in the joints, they initially lead to mild occasional joint pain. EDTA and MCP chelate these contaminants while ursolic acid in holy basil may inhibit COX-II, an inflammatory enzyme. A large number of studies relate to the activity of curcumin as a potent inhibitor of metabolic inflammation. Green tea, garlic, rosemary and silymarin have also been shown to support normal inflammation response.

Many plants contain biological molecules that offer critical protection against the onslaught of free radicals in our toxic environment. Epigallocatechin gallate (EGCG) is the most prevalent antioxidant in green tea and is well-researched for its ability to protect cells from oxidation. Rosemary leaves contain antioxidant compounds such as phenolic diterpines, phenolic acids, and flavonoids.

One of the most fascinating oral chelators in Micro- Contaminant Detox Therapy™ is EDTA (ethylene-diamine tetraacetic acid), an amino acid. EDTA is a chelating agent that binds divalent and trivalent metal ions, which are then excreted in the urine. EDTA has been shown to have a particular affinity for lead while having less attraction to essential metals such as zinc, calcium and magnesium. Garry Gordon, MD, reports, “there are over 300 references to the use of oral EDTA. EDTA has a 40-year history of oral use in asymptomatic patients with laboratory evidence of lead accumulation and can safely be given continuously in doses of up to 1 gm a day to adults. Increased lifespan has been reported in research models.”

Modified Citrus Pectin (MCP) is derived from white inner citrus peel. Used orally, it is one of the most powerful detox substances proven to work in human clinical studies. However, it is so gentle on your system that no side effects were
reported in numerous human studies, though over a 130% increase in lead in urine was reported in studies of children as young as five years old. A recent published case study showed that patients taking MCP dropped their body levels of toxic metals by 74% on average. Once the toxins were removed, patients reported amazing health breakthroughs. 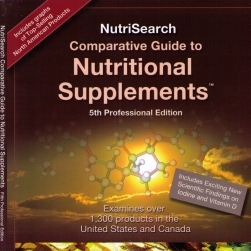 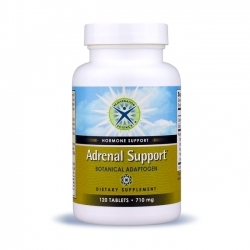