Depression During Pregnancy Can Double Risk of Preterm Delivery

Depressed pregnant women have twice the risk of preterm delivery than pregnant women with no symptoms of depression, according to a new study by the Kaiser Permanente Division of Research. The study is published online in the Oxford University Press’s journal Human Reproduction on behalf of the European Society of Human Reproduction and Embryology.

The study found that pregnant women with symptoms of depression have an increased risk of preterm delivery, and that the risk grows with the severity of the depressive symptoms. These findings also provide preliminary evidence that social and reproductive risk factors, obesity, and stressful events may exacerbate the depression-preterm delivery link, according to the researchers.

Because the majority of the women in the study did not use anti-depressants, the study provides a clear look at the link between depression and preterm delivery.

The study -- which is among the first to examine depression and pre-term delivery in a representative and diverse population in the United States -- looked at 791 pregnant Kaiser Permanente members in San Francisco city and county from October 1996 through October 1998.

“Preterm delivery is the leading cause of infant mortality, and yet we don’t know what causes it. What we do know is that a healthy pregnancy requires a healthy placenta, and that placental function is influenced by hormones, which are in turn influenced by the brain,” said lead author Dr. De-Kun Li, a reproductive and perinatal epidemiologist at Kaiser Permanente’s Division of Research in Oakland.

“This study adds to emerging evidence that depression during early pregnancy may interfere with the neuroendocrine pathways and subsequently placental function. The placenta and neuroendocrine functions play an important role in maintaining the health of a pregnancy and determining the onset of labor,” Li explained.

In addition to being the leading cause of infant mortality and morbidity, preterm delivery is also the leading medical expenditure for infants, with estimated annual cost of about $26 billion in the United States alone. Presently, other than a prior history of preterm delivery and some pregnancy complications, very little is known for its risk factors and origins.

“The key strengths of this study are that it ascertained the depressive symptoms early in pregnancy, long before the preterm delivery occurred, therefore avoiding recall bias. In addition, the study was not clouded by antidepressant use because only 1.5 percent of the study population was prescribed antidepressants and we could exclude them in the analyses,” Li said. “Considering the increased use of antidepressants among pregnant women, this study’s findings may provide a rare opportunity to evaluate the effect of depression on risk of preterm delivery without the entanglements of antidepressants.”

Limitations of the study include researchers measuring the women’s depressive symptoms only once during pregnancy, rather than throughout the pregnancy, and participation rate in the study was low.

The study was funded in part by the California Public Health Foundation. It was authored by De-Kun Li, L. Liu, and Roxana Odouli, MSPH, Kaiser Permanente Division of Research in Oakland.

About the Kaiser Permanente Division of Research (http://www.dor.kaiser.org/)
The Kaiser Permanente Division of Research conducts, publishes, and disseminates epidemiologic and health services research to improve the health and medical care of Kaiser Permanente members and the society at large. It seeks to understand the determinants of illness and well being and to improve the quality and cost-effectiveness of health care. Currently, the center's 400-plus staff is working on more than 250 epidemiological and health services research projects. 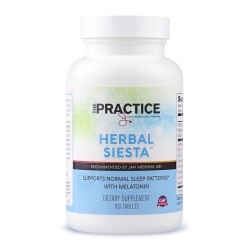