Vitamin K1 Does Not Prevent Bone Density Loss, but May Prevent Fractures and Cancers

However, Dr. Angela Cheung, the lead author of the study, cautioned that although the clinical trial observations on fractures and cancers are “intriguing”, they are based on small numbers, and that larger studies are needed to confirm the effects of vitamin K on them. Dr. Angela Cheung is Director of the Osteoporosis Program at University Health Network (UHN) and Mount Sinai Hospital, Associate Director of Women’s Health Program at UHN and Associate Professor at the University of Toronto.

The study, titled Vitamin K Supplementation in Postmenopausal Women With Osteopenia (ECKO Trial): A Randomized Controlled Trial, is published in the October 14 edition of PLoS Medicine, an international, open access medical journal based in the UK that publishes outstanding studies substantially enhancing the understanding of human health and disease. It is published by the Public Library of Science (PLoS), a non-profit organization of scientists and physicians committed to making the world's scientific and medical literature a freely available public resource.

Vitamin K has been widely promoted as a supplement for decreasing bone loss in postmenopausal women, but the long-term benefits and potential harms are unknown. This study was conducted to determine whether daily high-dose vitamin K1 supplementation safely reduces bone loss, bone turnover, and fractures in postmenopausal women with decreased bone mass. Generally, the higher the mineral content in bones, the denser and stronger they are, and less likely to break.

A total of 440 postmenopausal women with osteopenia or low bone density that precedes osteoporosis, were given either 5 mg of Vitamin K1 or an inactive tablet (placebo) daily for two years, with 261 of them continuing up to four years. Bone density scans after two and four years revealed that there were no differences in bone density between the two groups of women, and that bone density had decreased by similar amounts in both groups. However, over the four-year period, fewer women in the vitamin K group had fractures (nine in contrast to 20 women in the placebo group) and fewer had cancer (three as opposed to 12 women in the placebo group).

The scientists conclude that a daily high dose of vitamin K provides no protection against the age-related decline in bone density in postmenopausal women, and that it cannot be recommended for the prevention of osteoporosis, a disease that causes bones to become more fragile and more likely to break.

Osteoporosis affects approximately 1.4 million Canadians, mainly postmenopausal women and the elderly. It affects one in four Canadian women and more than one in eight men over the age of 50 years, with 1 in 4 men and women having evidence of a vertebral fracture.

In Canada, almost 30,000 hip fractures occur each year, and from 70 – 90% of these hip fractures are caused by osteoporosis. By the year 2030, the number of hip fractures is expected to quadruple.

“Women should continue to take adequate calcium, vitamin D, exercise and eat a healthy balanced diet,” says Dr. Cheung, adding that while the observations on decreased fractures and cancers are promising, “it is too early to advocate a change in medical practice based on this study.”

The study was supported by grants from the Canadian Institutes of Health Research, the International Society of Clinical Densitometry, the Lloyd Carr-Harris Foundation and Wyeth Foundation. Vitamin K was provided by DSM Nutritional Products, and calcium and vitamin D supplements were provided by Wyeth Consumer Healthcare and Swiss Herbal Remedies. None of the sponsors had any role in the design, protocol development, conduct of the trial, data collection, data analysis, or manuscript preparation.

THE STUDY CAN BE ACCESSED THROUGH THE FOLLOWING URL:
http://medicine.plosjournals.org/perlserv/?request=get-document&doi=10.1371/journal.pmed.0050196

THE EDITORS' SUMMARY OF THE PAPER CAN BE FOUND AT:
http://www.plos.org/press/plme-05-10-cheung-summary.pdf 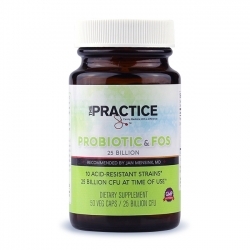 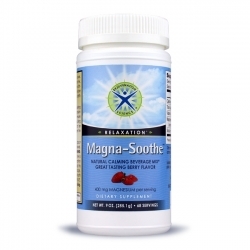