In the June 2006 edition of the Archives of Internal Medicine, researchers pooled 13 randomized placebo-controlled trials on vitamin K supplementation for bone health. In the seven trials included in this meta analysis which included information on bone fracture rates, it was found that vitamin K supplementation up to 45 mg daily reduced fracture rate between 60% and 81%. The researchers indicated that the benefit behind vitamin K's influence was from modification of a protein called osteocalcin which is required to bind calcium to the bone matrix.

There are two main forms of vitamin K: phylloquinone, also known as phytonadione, (vitamin K1) which is found in green leafy vegetables such as lettuce, broccoli and spinach, and makes up about 90 percent of the vitamin K in a typical Western diet; and menaquinones (vitamins K2), which make up about 10 percent of Western vitamin K consumption and can be synthesized in the gut by microflora.

“In this systematic review and meta-analysis, we have shown that supplementation with [vitamin K] phytonadione and menaquinone, particularly MK-4, is associated with increased bone mineral density (BMD) and reduced fracture incidence,” wrote lead author Sarah Cockayne. “The reduction in fracture incidence is particularly striking, with an approximate 80 per cent reduction in hip fractures,” she said.

No serious adverse effects were recorded in any of the studies, although some minor gastrointestinal problems were occasionally noted.

The mechanism behind the benefits is proposed to be due to vitamin K's influence on the secondary modification of osteocalcin, a protein needed to bind calcium to the bone matrix.

“From a clinical perspective, the results of this review suggest that patients at risk for fracture should be encouraged to consume a diet rich in vitamin K, which is chiefly obtained from green leafy vegetable and certain vegetable oil,” concluded the researchers.

One major limitation with this study is that the researchers did not look into the effects of other types of menaquinone, most notably MK-7 (vitamin K2), which is found in products such as the fermented soy product natto, and is more absorbable by the body. Many studies, mostly from Japan, have reported that increased MK-7 intake can also have significant benefits on bone health.

Osteoporosis is estimated to affect about 75,000,000 people in Europe, the USA and Japan. According to the International Osteoporosis Foundation, the total direct cost of osteoporotic fractures is $17,500,000,000 in the US (2002 figure).

BACKGROUND: Observational and some experimental data suggest that low intake of vitamin K may be associated with an increased risk of fracture. OBJECTIVE: To assess whether oral vitamin K (phytonadione and menaquinone) supplementation can reduce bone loss and prevent fractures. DATA SOURCES: The search included the following electronic databases: MEDLINE (1966 to June 2005), EMBASE (1980 to June 2005), the Cochrane Library (issue 2, 2005), the ISI Web of Science (1945 to June 2005), the National Research Register (inception to the present), Current Controlled Trials, and the Medical Research Council Research Register. STUDY SELECTION: Randomized controlled trials that gave adult participants oral phytonadione and menaquinone supplements for longer than 6 months were included in this review. DATA EXTRACTION: Four authors extracted data on changes in bone density and type of fracture. All articles were double screened and double data extracted. DATA SYNTHESIS: Thirteen trials were identified with data on bone loss, and 7 reported fracture data. All studies but 1 showed an advantage of phytonadione and menaquinone in reducing bone loss. All 7 trials that reported fracture effects were Japanese and used menaquinone. Pooling the 7 trials with fracture data in a meta-analysis, we found an odds ratio (OR) favoring menaquinone of 0.40 (95% confidence interval [CI], 0.25-0.65) for vertebral fractures, an OR of 0.23 (95% CI, 0.12-0.47) for hip fractures, and an OR of 0.19 (95% CI, 0.11-0.35) for all nonvertebral fractures. CONCLUSIONS: This systematic review suggests that supplementation with phytonadione and menaquinone-4 reduces bone loss. In the case of the latter, there is a strong effect on incident fractures among Japanese patients. 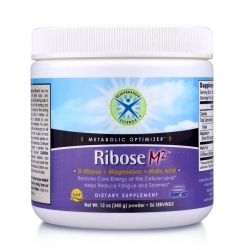 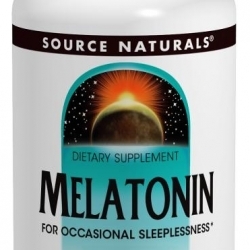