In human studies in 1995, researchers at the Kenneth L. Jordan Research Group, Montclair, New Jersey demonstrated the ability of tocotrienols to clear atherosclerotic blockage (stenosis) in the carotid artery, giving them the potential to significantly reduce the risk of stroke. Stroke often occurs when atherosclerotic deposits travel upstream and cut off the blood supply to part of the brain.

At the end of the study, ultrasound scans of the carotid artery demonstrated that in the tocotrienol group, atherosclerosis was reduced and blood flow to the brain improved in 7 of 25 patients, while the condition had worsened in only two patients. None of the patients in the control group had improved during the trial, while ten showed a worsening of their condition (increased stenosis). No adverse side effects were reported in either group.

Antioxidants may have a role in the prevention of atherosclerosis. In the present trial, we investigated the antioxidant properties of Palm Vitee, a gamma-tocotrienol-, and alpha-tocopherol enriched fraction of palm oil, in patients with carotid atherosclerosis. Serum lipids, fatty acid peroxides, platelet aggregation and carotid artery stenosis were measured over an 18-month period in fifty patients with cerebrovascular disease. Change in stenosis was measured with duplex ultrasonography. Ultrasound scans were done at six months, twelve months, and yearly thereafter. Bilateral duplex ultrasonography revealed apparent carotid atherosclerotic regression in seven and progression in two of the 25 tocotrienol patients, while none of the control group exhibited regression and ten of 25 showed progression (P < 0.002). Serum thiobarbituric acid reactive substances, an ex vivo indicator of maximal platelet peroxidation, decreased in the treatment group from 1.08 +/- 0.70 to 0.80 +/- 0.55 microM/L (P < 0.05) after 12 mon, and in the placebo group, they increased nonsignificantly from 0.99 +/- 0.80 to 1.26 +/- 0.54 microM/L. Both tocotrienol and placebo groups displayed significantly attenuated collagen-induced platelet aggregation responses (P < 0.05) as compared with entry values. Serum total cholesterol, low density lipoprotein cholesterol, and triglyceride values remained unchanged in both groups, as did the plasma high density lipoprotein cholesterol values. These findings suggest that antioxidants, such as tocotrienols, may influence the course of carotid atherosclerosis. 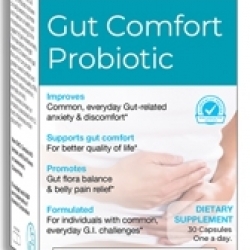