People with Alzheimer's disease who take vitamin E appear to live longer than those who don't take vitamin E, according to research that was presented at the American Academy of Neurology 60th Anniversary Annual Meeting in Chicago, April 12–19, 2008.

For the study, researchers followed 847 people with Alzheimer's disease for an average of five years. About two-thirds of the group took 1,000 international units of vitamin E twice a day along with an Alzheimer’s drug (a cholinesterase inhibitor). Less than 10 percent of the group took vitamin E alone and approximately 15 percent did not take vitamin E.
The study found people who took vitamin E, with or without a cholinesterase inhibitor, were 26 percent less likely to die than people who didn't take vitamin E.

"Vitamin E has previously been shown to delay the progression of moderately severe Alzheimer’s disease. Now, we've been able to show that vitamin E appears to increase the survival time of Alzheimer's patients as well," said study author Valory Pavlik, PhD, with Baylor College of Medicine’s Alzheimer’s Disease and Memory Disorders Center in Houston, TX, and member of the American Academy of Neurology. “This is particularly important because recent studies in heart disease patients have questioned whether vitamin E is beneficial for survival.”

In addition, the study found vitamin E plus a cholinesterase inhibitor may be more beneficial than taking either agent alone. "Our findings show that people who took a cholinesterase inhibitor without vitamin E did not have a survival benefit,” said Pavlik. “More research needs to be done to determine why this may be the case.”
In addition to vitamin E supplements, some vegetables oils, nuts, and green leafy vegetables are food sources of vitamin E.

The American Academy of Neurology, an association of over 21,000 neurologists and neuroscience professionals, is dedicated to improving patient care through education and research. A neurologist is a doctor with specialized training in diagnosing, treating and managing disorders of the brain and nervous system such as Alzheimer’s disease, epilepsy, multiple sclerosis, Parkinson’s disease, and stroke.

For more information about the American Academy of Neurology, visit http://www.aan.com. 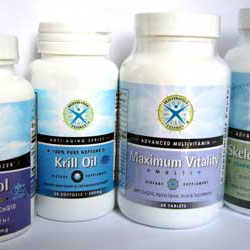