Lutein, Zeaxanthin & Omega-3 Use Projected to Save Medicare $5 billion

Lutein, Zeaxanthin & Omega-3 Use Projected to Save Medicare $5 billion

The Lewin Group released a study which determined that by taking certain dietary supplements (specifically, lutein with zeaxanthin, and omega 3 fatty acid), senior citizens can lead healthier, more productive and more independent lives. This results in more than $5 billion in savings to the Medicare system over five years in reduced hospitalizations and physician services.

The study stated that visual impairment is one of the top four reasons people loose their independence as they age. It is both common, with 35 percent of individuals aged 75 and older having Age-Related Macular Degeneration (AMD), and costly. The study uses as an example the fact that eighteen percent of all hip fractures among seniors are attributed to age-related vision loss. The decreased independence resulting from loss of vision places a significant financial burden on the person, their family and the entire health care system.

The Lewin Group estimates a $2.5 billion net savings over five years (2006-2010) from a reduction in the relative risk of AMD through daily intake of 6-10 milligrams of lutein with zeaxanthin. In those five years, approximately 98,219 people could avoid the transition to dependence either in the community or a nursing facility that would accompany a vision loss resulting from advanced AMD through lutein with zeaxanthin supplementation.

Lutein has become increasingly popular, and is now included in many multivitamins, though in only trace amounts in most. Omega 3s, likewise, are gaining in popularity as people add more fish to their diets or supplement with Omega 3 capsules. Zeaxanthin, however, is only beginning to be recognized as an important ingredient by the general population.

Zeaxanthin (pronounced zee-uh-zan’-thin) is a dietary carotenoid found mostly in the macula, the central part of the retina in the eye that is responsible for most fine vision. Zeaxanthin, like lutein, is thought to be a critical nutrient for eye health and can help guard against age-related vision loss. Zeaxanthin and lutein molecules always exist in tandem, but the ratios differ.

According to Chrysantis General Manager Manuel Pavon, “Macular degeneration is one of the age-related conditions which people are learning to guard against through supplements. The Lewin study correctly points out that when it comes to the prevention of AMD one should look for products containing both zeaxanthin and lutein. Many zeaxanthin and lutein products have been launched this year, making possible for people to have the best possible protection.”

He goes on to say, “Recent research indicates that zeaxanthin supplementation is particularly important for women; this is being recognized by the NEI which is sponsoring a study called: Carotenoids and Age-Related Eye Disease in Women's Health Study.” 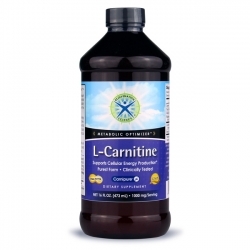 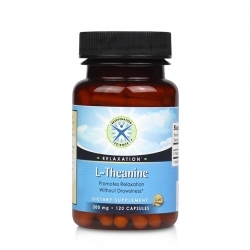