Thirty-seven healthy individuals (aged 22-30 years) who were exposed to computer display light for an average of more than 10 hours per day during the previous two years were randomly assigned to receive, in double-blind fashion, lutein (6 or 12 mg/day) or placebo for 12 weeks. Contrast sensitivity increased in both lutein groups, and statistical significance was reached at most visual angles in the group receiving 12 mg per day.

A growing body of evidence indicates that lutein, which is present in foods such as spinach, kale, and eggs, can prevent the development of age-related macular degeneration. The results of this new study suggest that lutein may also improve vision in healthy individuals. Of course, this eye-popping revelation is not news to that spinach-eating icon, Popeye.

This result suggests a dietary deficiency of green leafy vegetables in young adults and does not bode well for healthy visual aging. But it also suggests a relatively quick recovery when provided supplementation. Eating a 2-ounce salad or side dish of lightly-cooked spinach daily provides about 6 mg/day of lutein.

We aimed to examine the effect of different doses of lutein supplementation on visual function in subjects with long-term computer display light exposure. Thirty-seven healthy subjects with long-term computer display light exposure ranging in age from 22 to 30 years were randomly assigned to one of three groups: Group L6 (6 mg lutein/d, n 12); Group L12 (12 mg lutein/d, n 13); and Group Placebo (maltodextrin placebo, n 12). Levels of serum lutein and visual performance indices such as visual acuity, contrast sensitivity and glare sensitivity were measured at weeks 0 and 12. After 12-week lutein supplementation, serum lutein concentrations of Groups L6 and L12 increased from 0.356 (SD 0.117) to 0.607 (SD 0.176) micromol/l, and from 0.328 (SD 0.120) to 0.733 (SD 0.354) micromol/l, respectively. No statistical changes from baseline were observed in uncorrected visual acuity and best-spectacle corrected visual acuity, whereas there was a trend toward increase in visual acuity in Group L12. Contrast sensitivity in Groups L6 and L12 increased with supplementation, and statistical significance was reached at most visual angles of Group L12. No significant change was observed in glare sensitivity over time. Visual function in healthy subjects who received the lutein supplement improved, especially in contrast sensitivity, suggesting that a higher intake of lutein may have beneficial effects on the visual performance. 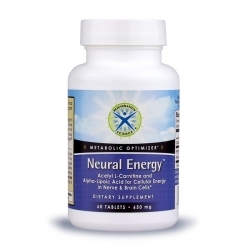