These study results indicate that supplementation with lutein or lutein together with other nutrients can increase macular pigment optical density and improve visual function in patients with age-related macular degeneration. By some, but not all measures, combination therapy was more effective than lutein alone.

Antioxidants such as selenium, vitamin E, vitamin C, and quercetin may protect retinal tissue against oxidative damage, and nutrients such as zinc, taurine and anthocyanosides appear to have direct effects on ocular tissues (e.g., stabilizing cell membranes or enhancing visual function).

The LAST (Lutein Antioxidant Supplementation Trial) study is the first to record actual improvement in several key visual functions among patients with AMD.

The LAST study - which was randomized, double-masked and placebo-controlled -- was conducted at Veterans Administration Hospital in Chicago, Illinois, from August 1999 to May 2001. The study involved ninety dry AMD participants, who were referred by ophthalmologists in the Chicago area. The participants were randomly assigned to 3 groups: lutein only, lutein plus antioxidants, and placebo. The participants received serial eye examinations after 4, 8, and 12 months.

The two groups taking Lutein displayed documented levels of improved vision in a variety of areas, including improvement for near visual acuity and contrast sensitivity function, glare recovery - which is how fast normal vision returns after you see a glare, and macular pigment optical density. Macular pigment optical density (MPOD) increased 36 - 43% in the two lutein groups. MPOD is the amount of lutein and zeaxanthin in the macula, and is one of the most accurate signals of AMD risk. Improvements in distortions and blind spots were noted among the groups taking lutein. Additionally, improvements noted in the lutein groups in regards to scotomas (missing areas within the visual field) and metamorphopsias (distortions of visual images within the visual field) may have been due to the presence of mesozeaxanthin, a chemical compound of lutein. The placebo group experienced no improvement in vision.

The mean macular pigment optical density increased by 0.09 log unit in group 1 (p=0.1 vs. placebo) and by 0.08 log unit in group 2 (p=0.02), and decreased by 0.03 log unit in the placebo group. Snellen equivalent visual acuity improved by a mean of 5.4 letters (equivalent to approximately 1 line on the eye chart) in group 1 (p=0.01 vs. baseline and vs. placebo). In group 2 the mean improvement was 3.5 letters (p=0.04 vs. baseline; p=0.08 vs. placebo). Contrast sensitivity improvement significantly in both active-treatment groups; the degree of improvement was greater in the group receiving combination therapy than in those receiving antioxidants alone; no significant improvement was seen in the placebo group. Active treatment was effective at all stages of age-related macular degeneration (stages ii, iii, & IV). 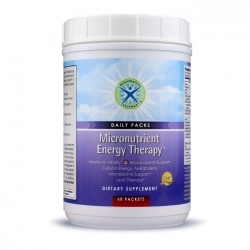