In what authors believe to be the first placebo-controlled evidence that vitamin supplementation can reduce atherosclerosis in at-risk patients, researchers report a combination of vitamin B6, vitamin B12 and folic acid significantly reduced thickening of the carotid artery among participants in a recent study.

According to German findings published in the July 2005 journal Atherosclerosis, men and women at risk of cerebral ischemia saw a reduction of IMT (intima-media thickness) of the carotid artery, the thickness of which is used as a key determiner for the presence and extent of atherosclerosis.

"To our knowledge, the data presented in this report give the first placebo-controlled evidence that vitamin supplementation can reduce carotid IMT in patients at cardiovascular risk and with an age-corresponding plasma HCy [homocysteine] concentration," write the study's authors.

In a double blind, randomized trial, lead researcher Uwe Till and colleagues enrolled fifty patients with IMT of at least 1 millimeter or more to study the effects daily supplementation would have on their condition. Twenty four of the participants received a placebo, while 26 were given 25 mg of vitamin B6, 500 micrograms of B12 and 2.5 mg of folic acid every day for a year.

Ultrasound was used to evaluate intima-media thickness, while blood samples were taken to evaluate other factors like homocysteine at the onset and conclusion of the trial.

At the onset of the study, sixty percent of the patients had elevated homocysteine as defined by levels greater than 10 micromoles per liter of plasma. However, at the end of the study, researchers found those homocysteine levels reduced to below 10 micromoles per liter in all patients who had received the vitamins (from 10.50 ± 3.93 to 6.56 ± 1.53 μmol/l (P < 0.0001)). The levels remained unchanged in the placebo group.

Even more remarkably, IMT levels of the patients' carotid artery significantly decreased among those who received the daily supplements (from 1.50 ± 0.44 to 1.42 ± 0.48 mm (P = 0.034), while those given placebos showed a slight increase (from 1.47 ± 0.57 to 1.54 ± 0.71 mm). The analysis of the results found no strong causal relationship between homocysteine and IMT, which suggests the observed arterial benefits were a direct effect of the vitamin supplementation. 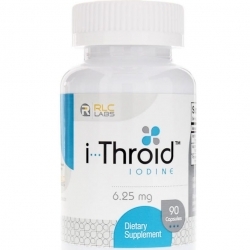