WASHINGTON, D.C. (Sept. 14, 2006) ― Most women are aware of only two of the “Big 3” nutrients considered essential during pregnancy and breastfeeding, according to a Kelton Research survey sponsored by the Society for Women’s Health Research, a Washington, D.C.- based national advocacy organization. The majority of women surveyed know the importance of including folic acid and calcium with vitamin D in their diet, but half of them do not know about the need for Omega-3 DHA, a critical nutrient for the development and health of a baby’s brain, heart and eyes.

A growing body of scientific evidence continues to demonstrate that Omega-3 DHA is an important building block of perinatal nutrition. Often overlooked by mothers and health care providers alike, it is possibly the most important nutrient expectant mothers don’t know about. If taken during pregnancy, it may help lower the risks of pre-term birth and even post-partum depression. Omega-3 DHA is also important for ongoing health throughout life.

What to Expect When They’re Expecting? Apparently Not DHA

The vast majority of America’s recent moms and moms-to-be say it is common medical knowledge that folic acid and calcium with vitamin D are two of the most important nutrients for pregnant women. Seventy-nine percent were able to identify leafy vegetables as a source of folic acid and 97 percent named dairy products as sources of calcium. However, more than two-thirds of women (68 percent) say their doctor has never told them anything about DHA, and more than seven out of ten (72 percent) have absolutely no idea how to get DHA into their diet.

The Big 3 for Baby and Me

“Folic acid, calcium with vitamin D and DHA Omega-3 — together, they make up the Big 3 essential nutrients that are important before, during and after pregnancy. Fortunately, by paying attention to what they eat, women can easily obtain these nutrients through a balanced diet, fortified foods and supplements,” said Phyllis Greenberger, M.S.W., president and CEO of the Society for Women’s Health Research.

In addition to eating a balance of foods during pregnancy and breastfeeding, women should include the following nutrients in their diets:

Folic acid: 400 mcg/day to make healthy cells and prevent certain birth defects. The recommendation for folic acid can be met by consuming enriched cereals and grains, by taking a multivitamin, or folic acid supplements.

Calcium with vitamin D: 1,000 mg of calcium with 400 IU of vitamin D per day for strong bones and teeth. Calcium is readily available in dairy products, fortified foods, and supplements.

Omega-3 DHA: 300 mg/day for a healthy pregnancy and ongoing health. DHA is found in cold-water oily fish, such as mackerel, herring and salmon and krill. However, pregnant women and women considering pregnancy should not eat certain types of fish because of contaminants which have been shown to harm an unborn infant's nervous system, according to the U.S. Food and Drug Administration. Of course, omega-3 fish oil and krill oil supplements supply rich sources of DHA.

Wishful thinking: If they could choose to add DHA to a food, more than a third (39 percent) chose cereal or cereal bars, followed by milk (36 percent), orange juice (34 percent) and pasta (25 percent). A hopeful 19 percent wished that DHA could be added to chocolate.
Eating more, but enjoying it less: Forty-two percent eat more food than usual during pregnancy, and 33 percent are unable to eat foods they normally like.

The fish factor: Just 17 percent of women are aware that fish is a source of DHA. When informed that pregnant women are advised to minimize or avoid fish because it may contain mercury, 88 percent of respondents said they would be interested in purchasing a product that would help them get DHA without having to eat fish.

Less educated are at a disadvantage: Awareness of DHA is higher (42 percent) among women who have college degrees, but dips to just 34 percent with those who have a high school diploma or less.

A little knowledge goes a long way: Once advised of DHA’s benefits — including how it helps brain, heart and eye development in infants and lowers the risk of pre-term birth and the baby blues — more than nine out of ten say they would include DHA in their diet while pregnant (92 percent).

The public opinion survey on nutrients women need before, during and after pregnancy was conducted Aug. 23-31, 2006, by Kelton Research of Los Angeles, Calif., on behalf of the Society for Women’s Health Research via telephone among a national representative sample of 500 women, 18 years of age or older, who have one or more children age 3 and under, are pregnant, or are nursing. The margin of error for the survey is +/-4.4 percentage points. 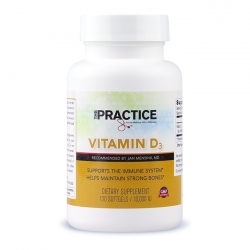