In a recent study, 74 patients with colorectal cancer and 221 patients without colorectal cancer provided blood samples and answered questions about their height, weight, dietary habits, exercise, drinking habits, and smoking status. Their food and nutrient consumption was assessed using a food frequency questionnaire with 47 food items.

Researchers found a higher family history of colorectal cancer (though not statistically significant) in the cancer patients compared to controls. They also found a 31% and 64% decreased risk of colorectal cancer with the highest cell membrane concentrations of omega-3 EPA and DHA, respectively. This translates into intake of more than 3.2 grams of omega-3 fatty acids per 1,000 calories, compared to intakes of less than 2 grams of omega-3 fatty acids.

Some researchers suggest that anti-inflammatory omega-3 fatty acids play a significant role in colon health because they compete with omega-6 fatty acids for incorporation into cell membranes and as a result decrease inflammation. Linoleic acid (LA) is an omega-6 fatty acid predominantly found in vegetables oils such as corn, soybean and sunflower oil. It eventually gives rise to proteins that include prostaglandin E2, thromboxane A2, leukotriene B4, and prostacyclins, which are commonly linked to inflammation and cancer. This breakdown cascade of linoleic acid is thought to play critical roles in colorectal tumor development.

DHA and EPA are omega-3 fatty acids commonly found in fish and fish oil. Neptune krill oil is another important source of DHA and EPA. 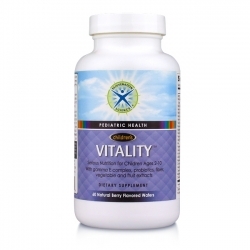