The bottom-line message from a decades-long study of monkeys on a restricted diet is simple: Consuming fewer calories, but saturated in nutritional supplements, leads to a longer, healthier life.

Writing in the journal Science July 2009, a team of researchers at the University of Wisconsin-Madison, the Wisconsin National Primate Research Center and the William S. Middleton Memorial Veterans Hospital reports that a nutritious but reduced-calorie diet blunts aging and significantly delays the onset of such age-related disorders as cancer, diabetes, cardiovascular disease and brain atrophy.

“We have been able to show that caloric restriction can slow the aging process in a primate species,” says Richard Weindruch, a professor of medicine in the UW-Madison School of Medicine and Public Health who leads the National Institute on Aging-funded study. “We observed that caloric restriction reduced the risk of developing an age-related disease by a factor of three and increased survival.”

During the 20-year course of the study, half of the animals permitted to eat freely have survived, while 80 percent of the monkeys given the same diet, but with 30 percent fewer calories and nutritional supplementation, are still alive.

Begun in 1989 with a cohort of 30 monkeys to chart the health effects of the reduced-calorie diet, the study expanded in 1994 with the addition of 46 more rhesus macaques. All of the animals in the study were enrolled as adults at ages ranging from 7 to 14 years. Today, 33 animals remain in the study. Of those, 13 are given free rein at the dinner table, and 20 are on a calorie-restricted diet. Rhesus macaques have an average life span of about 27 years in captivity. The oldest animal currently in the study is 29 years.

The new report details the relationship between diet and aging, according to Weindruch and lead study author Ricki Colman, by focusing on the “bottom-line indicators of aging: the occurrence of age-associated disease and death.”

In terms of overall animal health, Weindruch notes, the restricted diet leads to longer lifespan and improved quality of life in old age. “There is a major effect of caloric restriction in increasing survival if you look at deaths due to the diseases of aging,” he says.

The incidence of cancerous tumors and cardiovascular disease in animals on a restricted diet was less than half that seen in animals permitted to eat freely. Remarkably, while diabetes or impaired glucose regulation is common in monkeys that can eat all they want, it has yet to be observed in any animal on a restricted diet. “So far, we’ve seen the complete prevention of diabetes,” says Weindruch.

In addition, the brain health of animals on a restricted diet is also better, according to Sterling Johnson, a neuroscientist in the UW-Madison School of Medicine and Public Health. “It seems to preserve the volume of the brain in some regions. It’s not a global effect, but the findings are helping us understand if this dietary treatment is having any effect on the loss of neurons” in aging.

In particular, the regions of the brain responsible for motor control and executive functions such as working memory and problem solving seem to be better preserved in animals that consume fewer calories.

“Both motor speed and mental speed slow down with aging,” Johnson explains. “Those are the areas which we found to be better preserved. We can’t yet make the claim that a difference in diet is associated with functional change because those studies are still ongoing. What we know so far is that there are regional differences in brain mass that appear to be related to diet.”

Such an observation, however, is novel, according to Weindruch. “The atrophy or loss of brain mass known to occur with aging is significantly attenuated in several regions of the brain. That’s a completely new observation.”

Since the first studies of caloric restriction in rodents in the1930s, scientists have been intrigued by evidence that reducing calories can effectively extend lifespan. Such studies have been undertaken in a number of different animal species ranging from spiders to humans

The Wisconsin rhesus macaque study, however, is likely to provide the most detailed insight into the phenomenon and its potential application to human health as it has tracked in greatest detail the diets and life histories of an animal that closely resembles humans. Because people are much longer lived than rhesus monkeys, and no similar comprehensive study with human subjects is under way, conclusive evidence of the effects of the diet on human lifespan and disease may never be known. 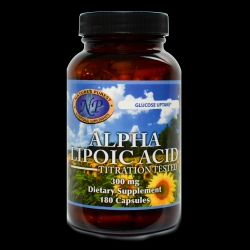