New research strongly suggests that a mix of preventative agents, such as those found in concentrated black raspberries, may more effectively inhibit cancer development than single agents aimed at shutting down a particular gene.

Researchers at the Ohio State University Comprehensive Cancer Center examined the effect of freeze-dried black raspberries on genes altered by a chemical carcinogen in an animal model of esophageal cancer.

The carcinogen affected the activity of some 2,200 genes in the animals’ esophagus in only one week, but 460 of those genes were restored to normal activity in animals that consumed freeze-dried black raspberry powder as part of their diet during the exposure.

These findings, published in recent issue of the journal Cancer Research, also helped identify 53 genes that may play a fundamental role in early cancer development and may therefore be important targets for chemoprevention agents.

“We have clearly shown that berries, which contain a variety of anticancer compounds, have a genome-wide effect on the expression of genes involved in cancer development,” says principal investigator Gary D. Stoner, a professor of pathology, human nutrition and medicine who studies dietary agents for the prevention of esophageal cancer.

“This suggests to us that a mixture of preventative agents, which berries provide, may more effectively prevent cancer than a single agent that targets only one or a few genes.”

Stoner notes that black raspberries have vitamins, minerals, phenols and phytosterols, many of which individually are known to prevent cancer in animals.

“Freeze drying the berries concentrates these elements about ten times, giving us a power pack of chemoprevention agents that can influence the different signaling pathways that are deregulated in cancer,” he says.

To conduct this study, Stoner and his colleagues fed rats either a normal diet or a diet containing 5 percent black-raspberry powder. During the third week, half the animals in each diet group were injected three times with a chemical carcinogen, N-nitrosomethylbenzylamine. The animals continued consuming the diets during the week of carcinogen treatment..

After the third week, the researchers examined the animals’ esophageal tissue, thereby capturing gene changes that occur early during carcinogen exposure. Their analyses included measuring the activity, or expression levels, of 41,000 genes. In the carcinogen-treated animals, 2,261 of these genes showed changes in activity of 50 percent or higher.

“These changes in gene expression correlated with changes in the tissue that included greater cell proliferation, marked inflammation, and increased apoptosis,” Stoner says.

In the animals fed berry powder, however, a fifth of the carcinogen affected genes – exactly 462 of them – showed near-normal levels of activity, when compared with controls. Most of these genes are associated with cell proliferation and death, cell attachment and movement, the growth of new blood vessels and other processes that contribute to cancer development. The tissue also appeared more normal and healthy.

Lastly, of the 462 genes restored to normal by the berries, 53 of them were also returned to normal by a second chemoprevention agent tested during a companion study.

“Because both berries and the second agent maintain near-normal levels of expression of these 53 genes, we believe their early deregulation may be especially important in the development of esophageal cancer,” Stoner says.

“What’s emerging from studies in cancer chemoprevention is that using single compounds alone is not enough,” Stoner says. “And berries are not enough. We never get 100 percent tumor inhibition with berries. So we need to think about another food that we can add to them that will boost the chemopreventive activities of berries alone.”

Funding from the National Cancer Institute supported this research.

Our recent study identified 2,261 dysregulated genes in the esophagi of rats that received a 1-week exposure to the carcinogen N-nitrosomethylbenzylamine (NMBA). We further reported that 1,323 of these genes were positively modulated to near-normal levels of expression in NMBA-treated animals that consumed dietary phenylethyl isothiocyanate (PEITC), a constituent of cruciferous vegetables. Herein, we report our results with companion animals that were fed a diet containing 5% freeze-dried black raspberries (BRB) instead of PEITC. We found that 462 of the 2,261 NMBA-dysregulated genes in rat esophagus were restored to near-normal levels of expression by BRB. Further, we have identified 53 NMBA-dysregulated genes that are positively modulated by both PEITC and BRB. These 53 common genes include genes involved in phase I and II metabolism, oxidative damage, and oncogenes and tumor suppressor genes that regulate apoptosis, cell cycling, and angiogenesis. Because both PEITC and BRB maintain near-normal levels of expression of these 53 genes, their dysregulation during the early phase of NMBA-induced esophageal cancer may be especially important in the genesis of the disease. 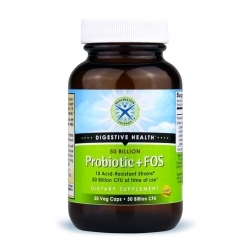