Migraines Linked to Stroke and Other Vascular Diseases

Migraines Linked to Stroke and Other Vascular Diseases

Migraines during pregnancy are strongly linked to vascular diseases, such as stroke and heart disease, according to research that was presented at the American Academy of Neurology’s 59th Annual Meeting in Boston, April 28 – May 5, 2007.

Researchers looked at a national database of nearly 17 million women discharged for pregnancy deliveries from 2000-2003. A total of 33,956 of the women were treated for migraines.

“Women with persistent migraine during pregnancy should be aware of their risk factors, such as high blood pressure, high cholesterol, diabetes, history of blood clots, heart disease, and prior stroke,” said study author Cheryl Bushnell, MD, with Duke University in Durham, NC, and Fellow of the American Academy of Neurology. Bushnell says there also seems to be a connection between migraines and preeclampsia, the most common and dangerous complication of pregnancy. “Good prenatal care is essential,” she adds.

The study also found a link between migraines and the age of the mother. Women who were 35 or older when they delivered were more likely to have migraines during pregnancy.

Migraines with aura, or an unpleasant sensation most often in the form of bright light, have previously been linked to stroke and heart disease in women. “This study now supports the same association in women who are pregnant,” said Bushnell. “However, further studies are still needed to validate these findings.”

The American Academy of Neurology, an association of over 20,000 neurologists and neuroscience professionals, is dedicated to improving patient care through education and research. A neurologist is a doctor with specialized training in diagnosing, treating and managing disorders of the brain and nervous system such as Alzheimer’s disease, epilepsy, multiple sclerosis, Parkinson’s disease, and stroke. For more information about the American Academy of Neurology, visit http://www.aan.com.

Supplements that have been found to prevent migraine headaches, cardiovascular disease and other vascular problems include Coenzyme Q10, L-Carnitine, D-Ribose, and Magnesium according to Dr. Stephen Sinatra, M.D. in The Sinatra Solution. 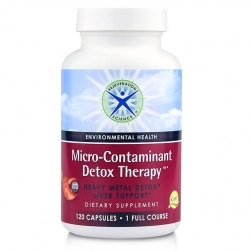