Magnesium for Heart and Other Systems

As an essential dietary mineral, magnesium plays many important roles, including:

Magnesium is a dietary mineral with a wide array of biological activities in the body. Magnesium participates in numerous life-essential processes that occur both inside and outside cells. Magnesium deficiency impacts normal physiologic function on many levels. Adequate magnesium is a fundamental requirement for optimum function of the cardiovascular system, the nervous system and skeletal muscle, as well as the uterus and GI tract. Magnesium deficiency can affect health of the heart, bones and blood vessels and alter blood sugar balance.1

The average person living in a modern country today very likely consumes less than the optimum amount of magnesium.2 An abundance of data collected over the last two decades shows a consistent pattern of low magnesium intake in the U.S. This pattern cuts a wide swath across various age-sex groups. The USDA’s Nationwide Food Consumption Survey found that a majority of Americans consumed less than the recommended daily magnesium intake.3 Twelve age-sex groups were studied and this low magnesium intake was true for all groups except 0 to 5 year olds.

An analysis of the nutrient content of the diets of 7,810 individuals age four and above included magnesium among several nutrients where the amounts supplied by the average diet "were not sufficient to meet recommended standards".4 The FDA’s Total Diet study examined the intakes of eleven minerals, including magnesium, among eight age-sex groups. Data was collected four times yearly from 1982 to 1984.

Levels of magnesium, calcium, iron, zinc and copper were low for most age-sex groups.5 Surveys conducted in Europe and in other parts of North America paint a similar picture. Loss of magnesium during food processing is one explanation for this global lack of adequate dietary magnesium.6 Bottled water, as well as filtered water, is magnesium deficient. Removing the impurities also removes the healthful minerals that naturally exist in water.

In particular, the elderly may be susceptible to magnesium deficiency for a variety of reasons, including inadequate magnesium intake, poor absorption due to impaired gastrointestinal function and use of drugs such as diuretics that deplete magnesium from the body.7 It has recently been theorized that magnesium deficiency may contribute to accelerated aging, through effects on the cardiovascular and nervous systems, as well as muscles and the kidneys.8

Young adults are not immune to magnesium deficiency. The University of California’s Bogalusa Heart Study collected nutritional data from a cross-sectional sample of 504 young adults between age 19 and 28.10 The reported intake of magnesium, along with several other minerals and vitamins, was below the RDA.

Glycine is a highly effective mineral chelator. This is because it is a low-molecular-weight amino acid, hence is easily transported across the intestinal membrane. A study conducted at Weber State University found this particular magnesium glycinate was absorbed up to four times more effectively than typical magnesium supplements.

The average adult body contains anywhere from about 21 to 28 grams of magnesium. Approximately 60 percent of the body’s magnesium supply is stored in bone. Soft tissue, such as skeletal muscle, contains 38%, leaving only about 1 to 2% of the total body magnesium content in blood plasma and red blood cells. Magnesium in the body may be bound either to proteins or "anions" (negatively charged substances.) About 55% of the body’s magnesium content is in the "ionic" form, which means it carries an electrical charge. Magnesium ions are "cations," ions that carry a positive charge. In its charged state, magnesium functions as one of the mineral "electrolytes."

Magnesium works as a "co-factor" for over 300 enzymatic reactions in the body. Metabolism uses a phosphate containing molecule called "ATP" as its energy source. Magnesium is required for all reactions involving ATP.11 ATP supplies the energy for physical activity, by releasing energy stored in "phosphate bonds".

Skeletal and heart muscle use up large amounts of ATP. The energy for muscle contraction is released when one of ATP’s phosphate bonds is broken, in a reaction that produces ADP. Phosphate is added back to ADP, re-forming ATP. ATP also powers the cellular "calcium pump" which allows muscle cells to relax. Because it participates in these ATP-controlled processes, magnesium is vitally important for muscle contraction and relaxation. By controlling the flow of sodium, potassium and calcium in and out of cells, magnesium regulates the function of nerves as well as muscles.12

Magnesium’s importance for heart health is widely recognized. The heart is the only muscle in the body that generates its own electrical impulses. Through its influence on the heart’s electrical conduction system, magnesium is essential for maintenance of a smooth, regular heartbeat.13 Magnesium appears to help the heart resist the effects of systemic stress. Magnesium deficiency aggravates cardiac damage due to acute systemic stress (such as caused by infection or trauma), while magnesium supplementation protects the heart against stress.14 This has been found true even in the absence of an actual magnesium deficit in the body.

Evidence suggests that magnesium may help support mineral bone density in elderly women. In a two-year open, controlled trial, 22 out of a group of 31 postmenopausal women who took daily magnesium supplements showed gains in bone density. A control group of 23 women who declined taking the supplements had decreases in bone density.15 The dietary intakes of magnesium, potassium, fruit and vegetables are associated with increased bone density in elderly women and men.16 In an interesting animal study, rats were fed diets with either high or low levels of magnesium. Compared to the high magnesium-fed rats, bone strength and magnesium content of bone decreased in the low-magnesium rats, even though these rats showed no visible signs of magnesium deficiency.17 While this finding may or may not apply to humans, it raises the possibility that diets supplying low magnesium intakes may contribute to weakening of bone in the elderly.

Mineral absorption occurs mainly in the small intestine. Like any mineral, magnesium may be absorbed as an "ion," a mineral in its elemental state that carries an electric charge. Mineral ions cross the intestinal membrane either through "active transport" by a protein carrier imbedded in the cells lining the membrane inner wall, or by simple diffusion. The magnesium in mineral salts is absorbed in ionic form. However, absorption of ionic minerals can be compromised by any number of factors, including: 1) Low solubility of the starting salt, which inhibits release of the mineral ion, and 2) Binding of the released ion to naturally occurring dietary factors such as phytates, fats and other minerals that form indigestible mineral complexes.18

A second absorption mechanism has been discovered for minerals. Experiments have shown that minerals chemically bonded to amino acids (building blocks of protein) are absorbed differently from mineral ions. This has given rise to the introduction of "chelated" minerals as dietary supplements. Mineral amino acid chelates consist of a single atom of elemental mineral that is surrounded by two or more amino acid molecules in a stable, ring-like structure.

Unlike mineral salts, which must be digested by stomach acid before the desired mineral portion can be released and absorbed, mineral chelates are not broken down in the stomach or intestines. Instead, chelates cross the intestinal wall intact, carrying the mineral tightly bound and hidden within the amino acid ring. The mineral is then released into the bloodstream for use by the body.

Research by pioneers in the field of mineral chelation and human nutrition indicates that the best-absorbed chelates consist of one mineral atom chelated with two amino acids. This form of chelate is called a "di-peptide." Compared to other chelates, di-peptides have the ideal chemical attributes for optimum absorption.19 Dipeptide chelates demonstrate superior absorption compared to mineral salts. For example, a magnesium di-peptide chelate was shown to be four times better absorbed than magnesium oxide.20 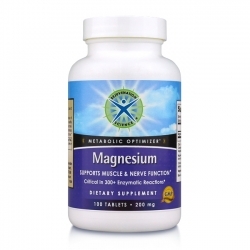 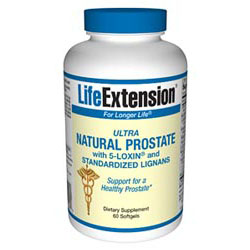